The burden we had to bear

Ever since the peace agreement was written on 19.9.1944 there has been conflicting information about the actual value of war indemnities. No-one has been able to illustrate just how it felt for a small nation of about 3,700,000 inhabitants exhausted by a long, drawn out war.

It is impossible for contemporary readers to get a true impression of how heavy a burden Finland would have to bear. Sadly, writers limit themselves to mentioning the infamous figure of 300 million, which is totally misleading. I would like to discuss three issues. Firstly, the ‘unabridged’ millions; secondly, concessions; and finally, the extra demands including the war in Lapland.

According to Bruno Suviranta, 300 million gold dollars at that time would have equated to 15 billion marks. However, the 1938 price levels would almost double this amount to 29 billion marks.

How can this be assessed when making comparisons with levels in this day and age?

Let us take a look at the state budget and national income of the day:

How can we best compare these figures? I have attempted this by means of working hours. According to 1938 values I have worked around a calculation made by a committee of experts and conclude that it would have required the efforts of 490,000 individuals each working eight (8) hours a day for 300 days a year over a period of five (5) years. This would mean almost 6 billion hours of work. I should point out here that at the beginning of 2010 an employer’s costs in Finland for every paid hour of work in industry amounted to 30 €. However, the result would be just as misleading as the above-mentioned figure of 300 million.
We could make comparisons with a couple of our unfortunate brothers:

This formed only part of war indemnity demands. As we shall see below, this was only the tip of the iceberg. For the sake of fairness, let us first look at the concessions.

As early as November 1944 a departure from 1938 prices was announced so that the value of capital assets would be increased by 15 % and goods for consumption by 10 %. This would lower war indemnity levels by about 13 % (according to Sakari Heikkinen).
In 1948 half of the amount, which had not yet been dispatched, was remitted. The value of these concessions can be put at about 25 %. In real terms, the value returned to 1944 would then fall to 442.5 million gold dollars – barely 22 billion Finnish marks at that time. Concessions do not really belong here, since my intention is to depict the weight of the burden as it was when it felt heaviest.

The regions of Petsamo and Carelia constituted about 43,000 km2, i.e. 12 % of Finland’s total landmass. These two areas provided not only 25 % of all pulp and 15% of all plywood produced in Finland, they were also home to Europe’s richest nickel mine, Finland’s only winter port, the main section of the Saima canal, the towns of Viborg, Kexholm and Sordavala, the ports in Uuras and Björkö as well as the idyllic monastery islands of Valamo. Porkkala close to our capital was leased to the Soviet Union for military purposes.
It can be concluded that all this equates to 13 % of Finland’s total national assets. I have yet to see what all this would amount to in real monetary terms.

2. Return of assets seized from the Soviet side.

What this actually implies is unclear to me; I have not been able to conduct any extensive research. The overriding impression is that demands were grossly exaggerated and weakly substantiated.

Finland had seized more than 5,000 lorries (about half of which were irreparable), more than 100 special vehicles and more than 1,000 crawler tractors.

Gennadi Kuprianov reckons that Finland had destroyed property amounting to 20 billion roubles. That would imply 2,800 buildings, more than 800 railway and road bridges, 200 industrial plants, 59,000 horses, 266 tractors and 1,000 ploughs. The demand for domestic animals was eventually reduced to 2,000 horses, 1,000 cows and a flock of other domestic animals.

As late as autumn 1945 the demand for ‘unreturned property’ amounted to 67 million dollars, later bargained to 22 million; although in the end only 11.5 million was paid.

3. Military assets in Finland belonging to Germany and/or its allies had to be dispatched to the Soviet Union.

German monetary assets in Finland amounted to 6.5 billion Finnish marks. Half this amount constituted unpaid war assets, which the USSR had already obtained; as a result, the Soviets gained twice the amount. Finland was required to hand over to the Soviets 90 properties, 72 summer cottages, four (4) town properties and German-owned personal property. And also 70 industrial companies, several of which were considerable in size and value.

The maintenance railway line built by the Germans in northern Finland was dismantled; the rails and sleepers were dispatched to the Soviet Union. All German barracks were also to be dismantled and dispatched for reassembling in the Soviet Union. This proved impossible. As a result, we had to dispatch brand new barracks.

No property or assets belonging Germany, Hungary or their citizens or individuals living in German-occupied areas could be removed from Finland without permission from the military high command of the victorious side, i.e. the Soviets. What this all refers to is beyond me.

(The Soviets even demanded half of all companies owned by the Finnish state. They were, however, unsuccessful in enforcing this demand.)

The question of how to incorporate values of properties destroyed by the Germans (during their withdrawal) has often been discussed. As I see it, these values should also be included. Destruction was almost total - about 18,000 buildings (including 5,900 private homes) were blown up along with 700 road and railway bridges accessing these properties. Around 3,700 km of telephone cables were destroyed. Reindeer stocks fell by 50%. Material damage was estimated at 975 million euros according to 2005 currency rates. Other evidence suggests that damage totalled 300 million US dollars in 1945, i.e. 3.93 billion dollars according to currency rates in 2015. Clearance operations were time-consuming and costly. As late as 1953, when I completed my military service in Rovajärvi, such things as grenades could still be detected in the ground.

Direct costs should include all military costs. This should also comprise costs for troops (60,000 men) and war machinery. Unfortunately, I do not have these costs to hand. 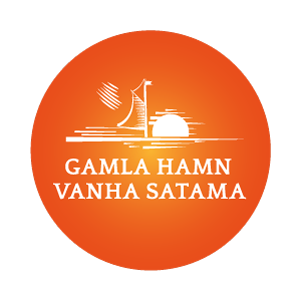 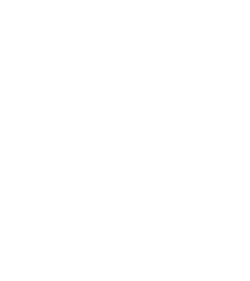 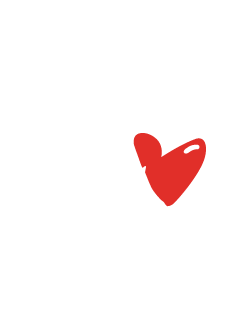